On behalf of the staff and students at Robert Kennedy College, I would like to wish you, our readers, and your families a very Merry Christmas!

Christmas is a time of happiness, hope, and celebration. A time when families come together and broken friendships are mended. A time of holiday and exchanging gifts. A time for children and Santa Claus. It has always been such and hopefully will always be such.

In short, it is a dream come true for every marketing executive.

The following are just five points to consider when planning your Christmas campaign!

This is the time of year when most people are happy and relaxed. There are lights and decorations everywhere, and everything looks beautiful; it just makes one feel so buoyant. I am sure it will come as no surprise, but happy customers tend to spend more. Companies and brands should take advantage of this and position themselves to be more associated with these emotions of happiness and sharing. Receiving presents makes everyone happy, but Christmas is not just about receiving gifts; it is also about giving gifts. This is a message that must be driven to the customer.

It is that time of the year when everyone is enthusiastically active on social media. From food to pictures of them in holiday attire. From holiday pictures to images of snowmen to umbrella drinks on the beach. Or, even just wishing each other a merry and prosperous time. This time of year is one of the peaks that social media experiences, so make sure your social media strategy is in place to take advantage of this period.

3.   Make it all about the holidays

The good thing about the Christmas and New Year’s holidays is that they come towards the end of the month. So, there is a whole month to build up excitement and anticipation, to make us desire that cherry on top of the cake. This build-up adds to the positive energy of Christmas, encouraging customers to spend more and tempting them with sales and new product launches. If a marketing campaign can build up positive holiday energy around its brand, customers will begin to associate the brand with the season, and when it comes time to spend, that is where the money will go.

4.   It’s all about the presentation

Christmas is a season of giving and receiving. In short, it is a season of gifts; whether it is for someone else or for yourself, it is always lovely to receive a gift. So, present your product like a gift, even change your packaging to make it look more gift-like. If your product can be personalised, encourage your customer to personalise it, let them build an emotional connection with the product.

All good things must come to an end, and the Christmas season must also end. Similarly, the Christmas marketing campaign must indicate a clear end to the promotion and sale period and build anticipation around it. A customer must get the impression and be convinced that they will miss out on something if they miss this promotion and might have to wait an entire year to get something similar.

Explore several specialised master’s degree programmes in Marketing, Social Media and International Business that Robert Kennedy College offers through exclusive partnerships with top British universities. You could also get in touch with our team of admission advisers on WhatsApp, who can have a look at your profile and give you some advice.

If you have already made up your mind, click here to apply. 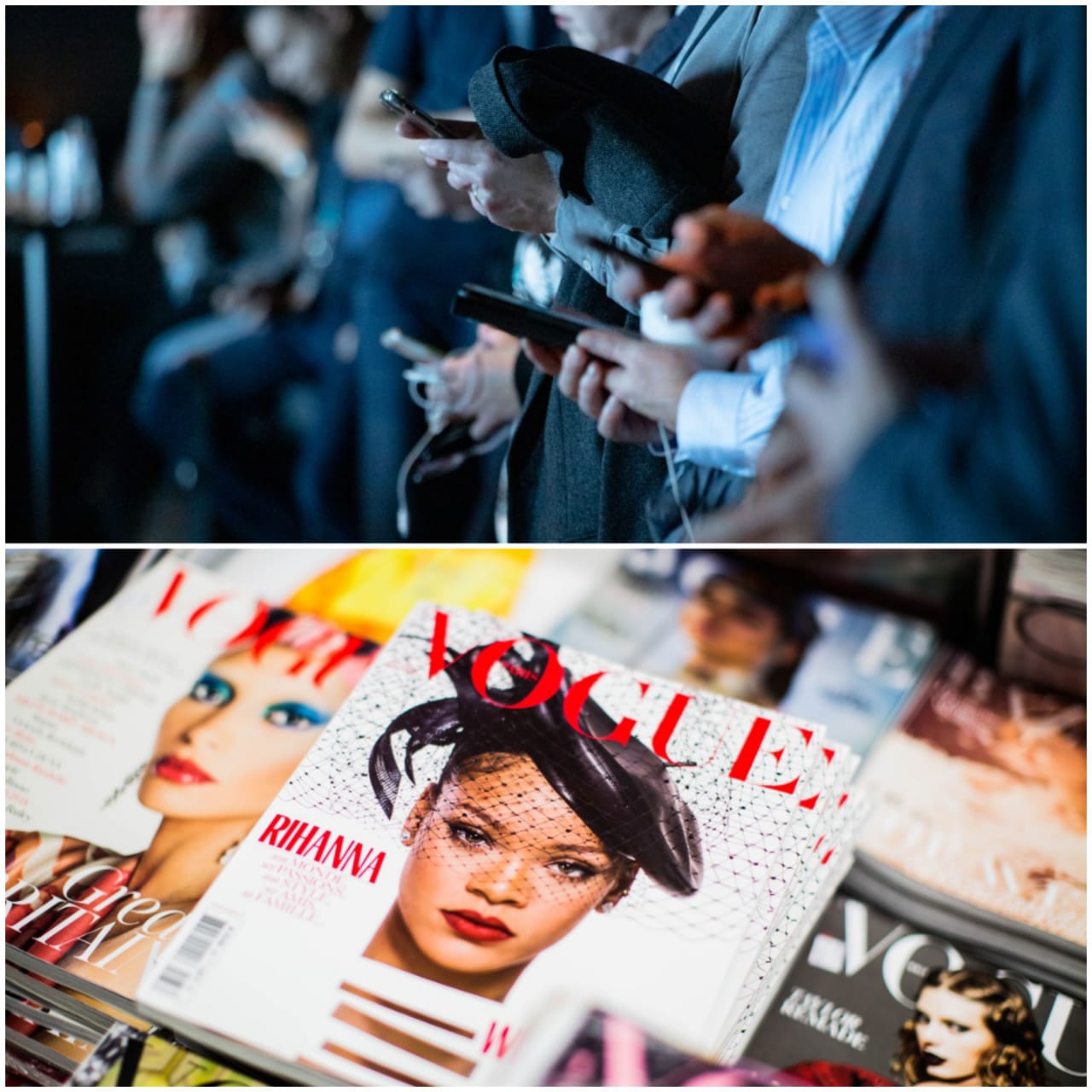 Putting what we do “out there” is a fundamental part of human nature. We like to be appreciated and, unfortunately, thrive on the approval of others.

My story and my 15-minutes of fame

When I was a 19-year-old university student, I remember just sitting around on campus one day with friends, when out of the blue, an MTV truck pulls up. A popular VJ (video jockey) at that time jumps out and start randomly picking up students to participate in one of their challenges. My friend was picked, and he picked me as a part of his three-member team for the challenge. Long story short, we won and a few weeks after the episode aired nationally. Within minutes of the episode airing, friends and family from all over the country, some of whom I never knew existed, started calling my home (no mobile phones in those days, only those brick mobile phones existed) and congratulating my parents. Though it lasted only for a couple of weeks, I became an instant celebrity on campus. And I was just a supporting act in my team. But I had my 15-minutes of fame, and I loved it. I am still talking about it more than 20 years after the event.

But I digress. My 15-minutes of fame has nothing to do with this article. I just wanted to talk about it. Again.

The point of my story

But, if you think of me as a product, and of MTV as traditional media, they got me limited national recognition, albeit only for a short time and only to a very niche market (viewers of MTV). If today I were to put up a similar video on social media, I could probably get the same 15-minutes of fame, only to an even more niche audience (my followers and subscribers).

Social media platforms started as a way for friends to connect and share their life stories, but today have become an integral part of a company’s media strategy. You need to understand the differences and similarities between traditional marketing and social media to know which approach works best for you.

Both traditional media and social media can reach either a large or niche audience. In this regard, they are similar to each other. Traditional marketing can reach a vast audience: a good example of this is the Super Bowl commercials. Super Bowl commercials have become a cultural phenomenon alongside the game itself, as many viewers watch the game only to see the commercials. The cost of a 30-second commercial during the Super Bowl LIV in 2020 reached up to $5.6 million, with the estimated reach in terms of audience of about 100 million viewers. Social media can also have a mass-market reach: you might have a large subscriber base that you built over time, or you could pay for a large number of people to be reached – for videos and content to be sent to a large audience, for banner ads, and popups.

But alternatively, both forms of media can reach a niche audience. In the case of traditional media, placing ads on a billboard or a local new paper can target only a specific community or an advertisement in a trade specific magazine can be used to target a specific industry. And, in the case of social media, ads can be targeted towards specific geographies, age groups, gender, search history, purchase behaviour, etc.

Traditional media can be expensive. A good example of the cost is again the Super Bowl ads. In 2020, a 30-second ad slot cost upwards of 5.5 million US dollars. And that is, of course, in addition to the cost of making the ad, from hiring an entire film crew with equipment, the location, the scriptwriters, the directors, the editors, the actors, etc. It can all add up to a pretty penny. Even advertising on billboards – there is the photographer’s cost, the models, the photoshoot, the cost of renting the billboard, printing/painting and maintaining, etc.

Social media, on the other hand, can be economical. A page on Facebook or LinkedIn can be free, and depending on your targeting parameters, the cost to promote the page can also be inexpensive. In addition, unless you are creating a professional ad, the cost to create content can be minimal; all you need is a phone with a camera and internet connection. Also, you don’t have to spend money on a physical space. Everything is virtual.

Delivering on a traditional media marketing project can be very human-resource intensive. You would typically need highly trained and talented individuals, working together as a team, to deliver on even a 30-second advertisement that might just end up tanking.

Social media, on the other hand, what most mid-size companies require is 5 to 7, maybe ten people, working from home on their laptops. This may have seemed weird (or funny, in a weird way) pre-pandemic – I’m betting you haven’t batted an eye right now.

Another simple and noticeable difference is the time taken in delivering a campaign. I am sure companies were hard at work the day after (probably even earlier) the Super Bowl ad aired, working to next year’s ad. It takes a lot of effort, planning, and coordinating to put a high-profile ad together. Even a low-profile photoshoot can take time to get right. Planning a social media campaign, on the other hand, can be done in what feels like a blink of an eye, and hence can be done multiple times a quarter.

Once an ad goes live on a traditional media platform, there is no taking backsies. There is no quick way to edit a live ad, and removing it permanently will take time and result in the loss of investment in the creation of the campaign. Social media, on the other hand – you can create, edit, and delete in seconds.

These are just a few differences/similarities between the two forms of media. Figuring out what works for you and your firm is vital to planning an effective marketing campaign. What has worked for you in the past, and how did you and your firm arrive at your decision? Comment below, we hope to learn from you as well.

In the meantime, we offer 100% online master degree programmes such as – MSc Digital Business, MSc Marketing, MBA Digital Marketing, and MBA Media Leadership to hopefully help you make more informed decisions. Chat LIVE on WhatsApp with one of our Education Advisors for more information on all the programmes we offer and the application process.