In life, on several occasions, the real-world situation unfolds in an entirely different manner than what we are advised or we envision it would. We are taught to be leaders, be confident and be certain of every action we take. Of the several traits and qualities of being a competent leader, we are taught to be fearless. However, the fear of failure is an all-pervasive part of the human psyche. Failure is defined as the ‘lack of success’. Lack of which induces a feeling of paucity, in turn further inducing the ‘fear of failure’ in the future endeavours.

“Failure is so important. We speak about success all the time. It is the ability to resist failure or use failure that often leads to greater success. I’ve met people who don’t want to try for fear of failing.” – J.K. Rowling 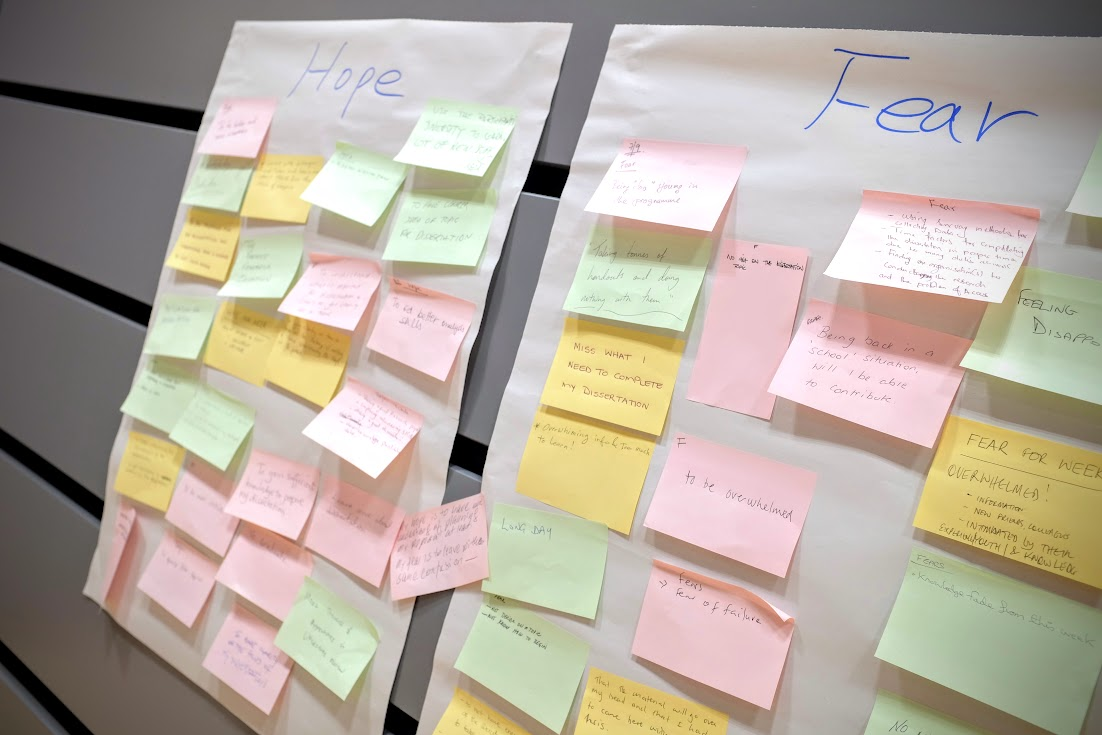 Fear can adversely affect one’s ability to do things, confidence  and willingness to face any challenges that arise. We are afraid of deploying any ingenious methods, stemming out of the reluctance of taking even minor risks. We fear not only of the outcomes, but also of the deemed image; especially when one is at a leadership position.

“Failure isn’t fatal, but failure to change might be” – John Wooden

Fear cripples the progress and creativity. Change is inevitable and one must embrace the change and advance with valour. First, we must create an environment in which failure is not ridiculed or shamed but encouraged. Teams should strive for a culture rooted in trust because it grants the members a greater capacity for innovation

“It’s failure that gives you the proper perspective on success.” – Ellen DeGeneres

Second, we must not be risk-aversive. Once we are surrounded by those who are more accepting of failure, we can encourage and pursue taking risks early. Fail hard, and fail fast.

By taking risks early on, we contrive plans to embrace larger repercussions, and the confidence bolstered in those unconventional decisions, results in greater achievement. 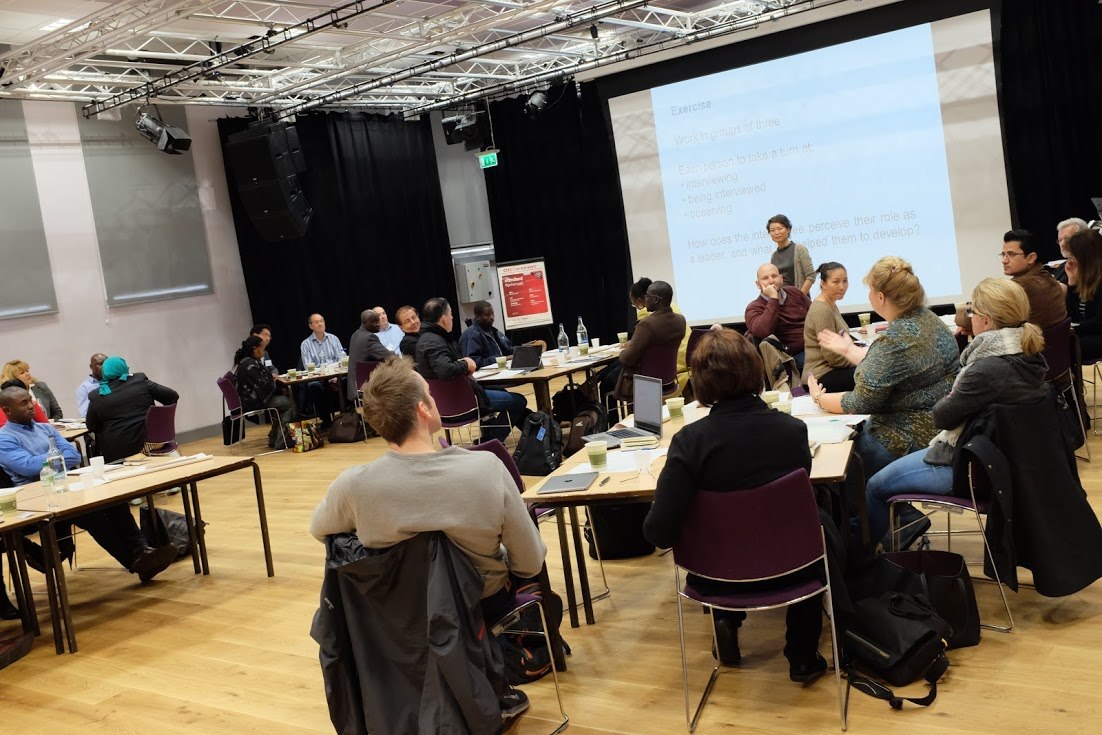 Now taking risk not always commensurates to the need of the hour. Planning the ‘next step’ and thinking ahead is vital. Risks come with only a chance of success, and sometimes the odds are not in our favor.

We can instead redirect our efforts on what to do next. We encourage this outlook to prevent plateauing personal growth with negative emotion, which also has a high chance of affecting the team’s performance and our future level of contribution.

“Failure should be our teacher, not our undertaker. Failure is delay, not defeat. It is a temporary detour, not a dead end. Failure is something we can avoid only by saying nothing, doing nothing, and being nothing.” – Denis Waitley

Do not let fear come in your way to advance your studies. Talk to our advisor today about the courses offered online and get your customised study-plan.

So, after speaking with our education advisors, going through our programme catalogue and experiencing our OnlineCampus through the 14 day trial access we offer, you have decided to make a positive change in your life and join our online Master degree programme.

For your better understanding, what follows is the step-by-step breakdown of our admissions process. Please note, we welcome applications from students who may not meet the formal entry criteria but who have relevant experience or the ability to pursue the course successfully.

Alternatively you can directly create an online application digitally sign the application form, upload the reference letter, degree certificate and your CV, write the SOP and pay your application fees.

At Robert Kennedy College we have truly simplified, modernised and streamlined our admissions process but at every stage we recommend that you keep in touch with and take the advice of your Education Advisor who is there to be a guiding hand.

When It Comes to Careers, Change Is a Constant

Apparently, it is one of the toughest and most crucial decisions (apart from choosing a life partner) that each one of us take in our lives. You can be at any stage of your life – a professional working in the field for several years – trying to do something new or just venturing into the practical world after finishing your education; determining your career path can prove to be an extremely overwhelming process.

There are hundreds and thousands of career options. And with the advancements in technology, social media and online interfaces, newer careers have boomed in last few years. The more choices we have, the more anxiety it causes us and the more we fear the consequences of making the wrong decision. We have a natural tendency to not want to close doors, so instead we will scramble back and forth to keep each option open “just in case.” Instead of helping us, this leads to a debilitating sense of indecision. 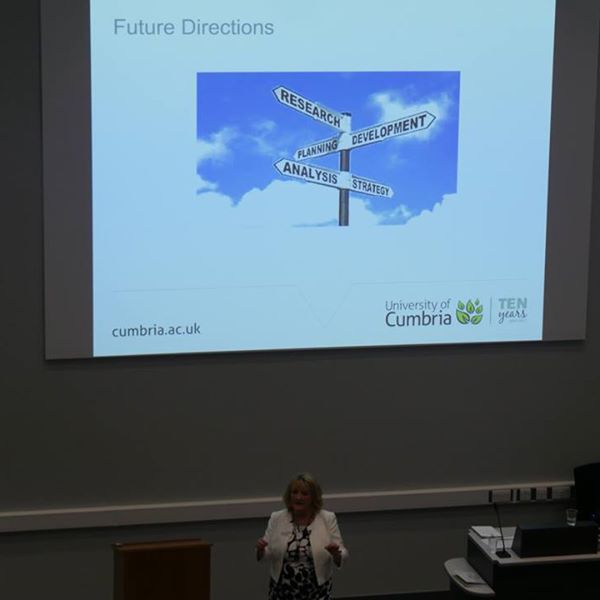 For most of us, our career paths are predetermined. Predetermined by parents, friends, peers, society and circumstances. As a child, we swim (or just try to) in the river, which our parents and society trust is the best path to our successes. We are told how to keep afloat and follow the pack and what our goals should be. Our job isn’t to think about our path—it’s to succeed on the path we’ve been placed on, based on the way success has been defined for us. Now, some of us develop passions and interest on the path they are put onto and make successful careers; whilst others are left pondering on their career decisions. But everyone, (including the successful ones) should pause and introspect if it was really them who chalked out their career paths? The map of your career path should be self designed.

With a little self-exploration and some research, you can easily choose a career that will leave you feeling fulfilled.

Ideally, everyone would know their true calling early in life and find happiness in their work, but it often doesn’t work that way. One survey (of New York professionals) found that they expected to change careers three times in their lifetimes; lifelong careers may not be the norm any more.

Here is what you can do:

Identify your skill set : Evaluate yourself on the various aspects where you are good at. Ask friends, family, colleague for their inputs and narrowing down your strengths.

Jot down your interests and passions: Enlist the things you love to do. It could be sculpting, nature walks, travelling, volunteering, building things, woodcraft etc.

Determining the Option Pool: Bringing together your wants and the reality (skill set), you get a pool of practical options for your career choice.

Be lead by your own aspirations and not societal expectations: Your career choice should be an informed personal decision based on a thorough knowledge of your own strengths, skills, interests, style and values; and not what society expects to become or do in life.

For more information about our Online programmes that can help shape your career; download the catalogue.