Just back from York, after an exciting (albeit tiring too!) week with an amazing group of students. Forty-five people from all corners of the world, including the usual suspects South Africa, the UK, Nigeria,  Kenya, UAE, but also some representatives from countries  like Trinidad and Tobago, Ethiopia, Bangladesh, and Papua New Guinea. The wealth of backgrounds and cultures in any one of these residencies is a source of constant amazement and joy – learning is so much richer for everyone, including teaching and supporting staff. 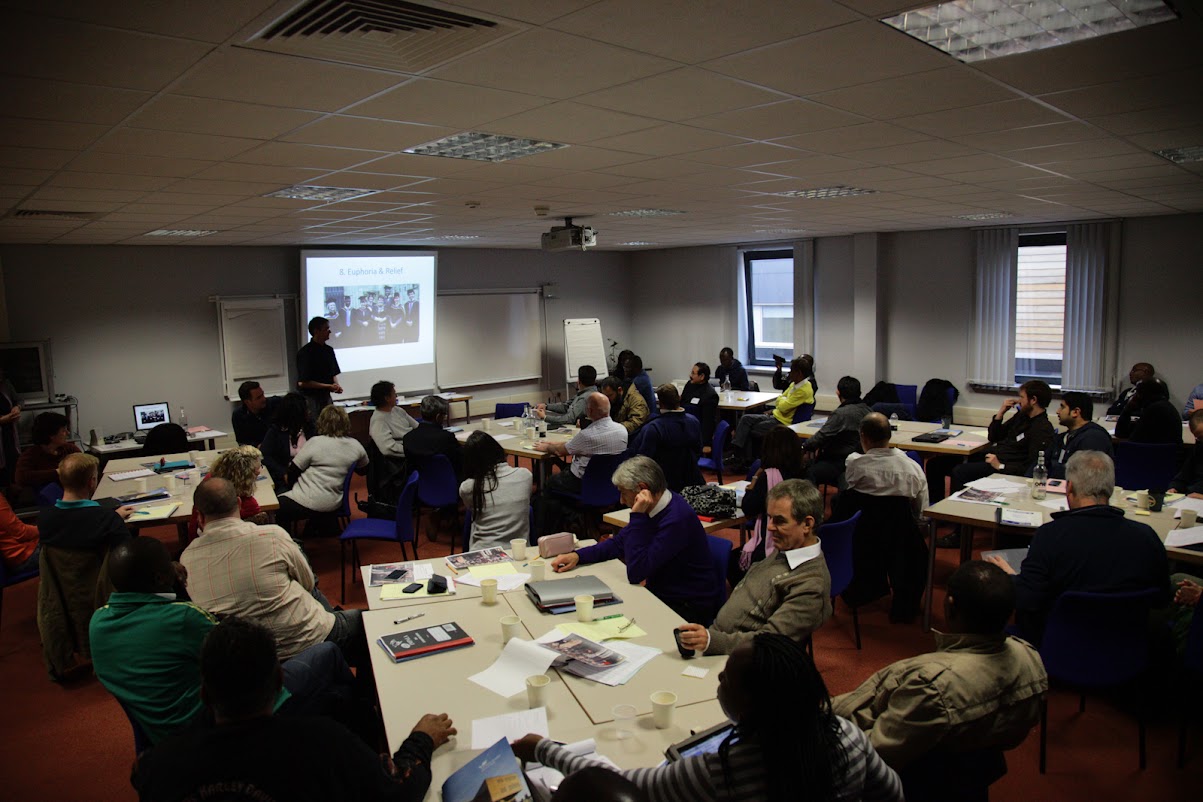 The week was quite busy, but luckily the weather was on our side and did not give anyone any reasons to wish to be outside the classroom – the sun only shone for 10 minutes on Thursday, just enough to give us time to take a group photo in the Quad, the oldest part of the University.

As you can see, most people still managed to smile despite the intense schedule and serious discussions around research and Master level dissertations. Many of them will have gone back by now to their homes, thinking about their research subjects – and we seriously expect to see many of them back in York for graduation in the Minster.

York does see a bit of sun from time to time, and even for periods of time longer than 10 minutes – a vibrant city, York has a very well developed tourism industry, and that can be seen by simply walking the streets of York during business hours. Since our students were slightly busy during those hours (we all were, in reality), I went out on a documentary mission on Saturday, just in case they missed it.

So, I give you York, in April:

First, the University, with its more modern part in which we were hiding from the rain all week, the FOSS building all the way to the right. 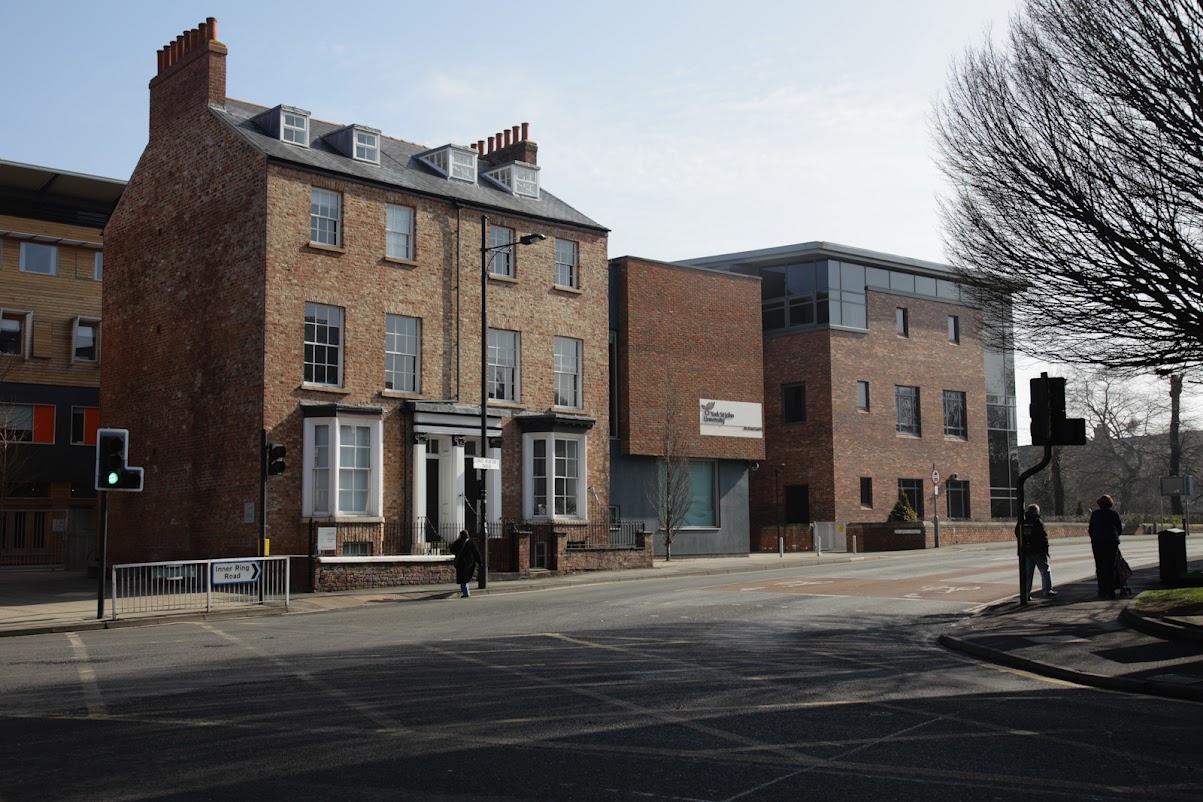 Old and new – a modern campus

Then, the streets leading to the Minster, with a river of people enjoying the sun. 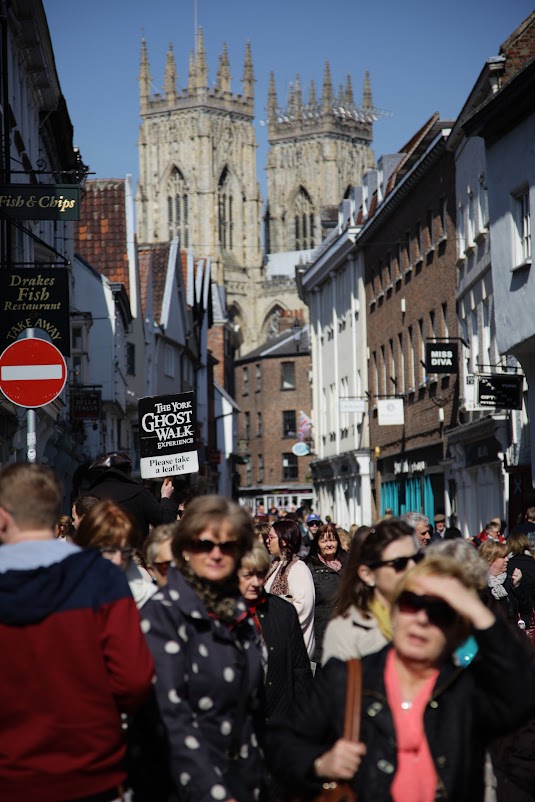 York Minster and the Ghost Walk

A glimpse into the past with this ice cream cart and its customers? 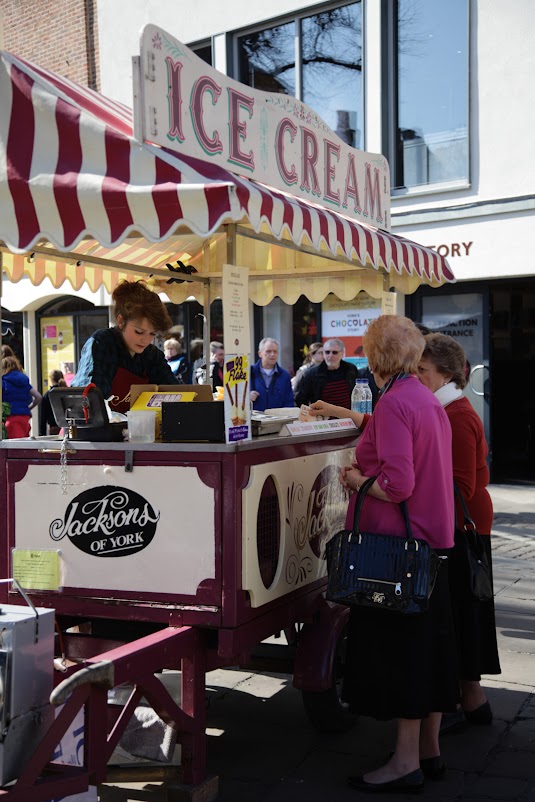 How about the Moaning Lisa, who feared she might fade away from such intense exposure to sunlight? 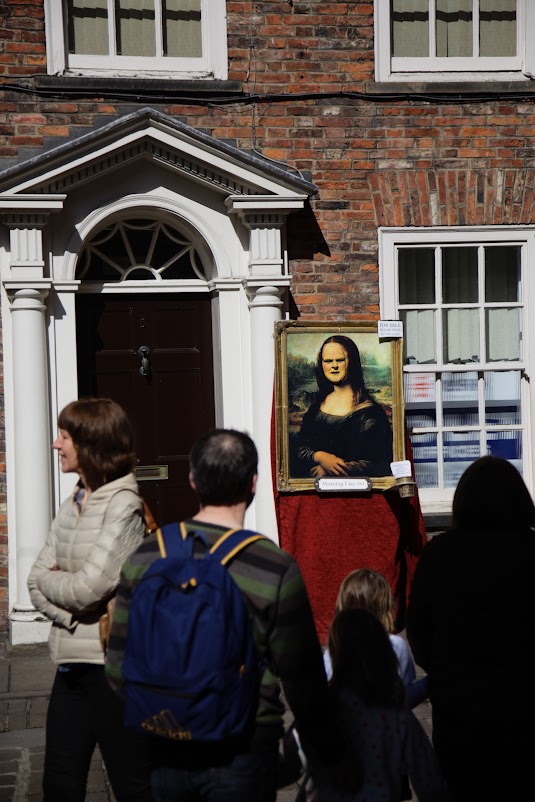 The Shambles, much more populated than at those late night hours when some of the people in the above photo group (you know who you are, and don’t even think about saying I was with you…) walked them home… 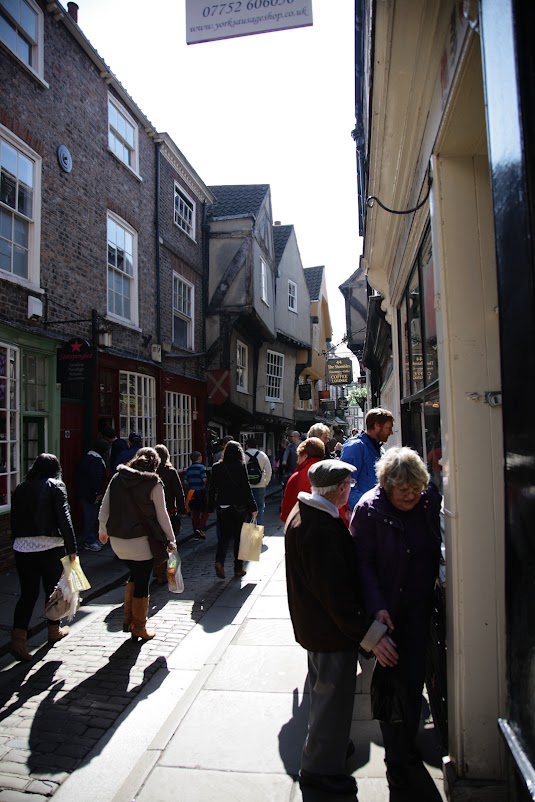 Live music, which always manages to stop people in their tracks, well, if it is good, I guess, and Ed was indeed amazing! A one man orchestra, and you can tell people were impressed! Look him up on Amazon for an audio preview and let yourself “teleported” to York. 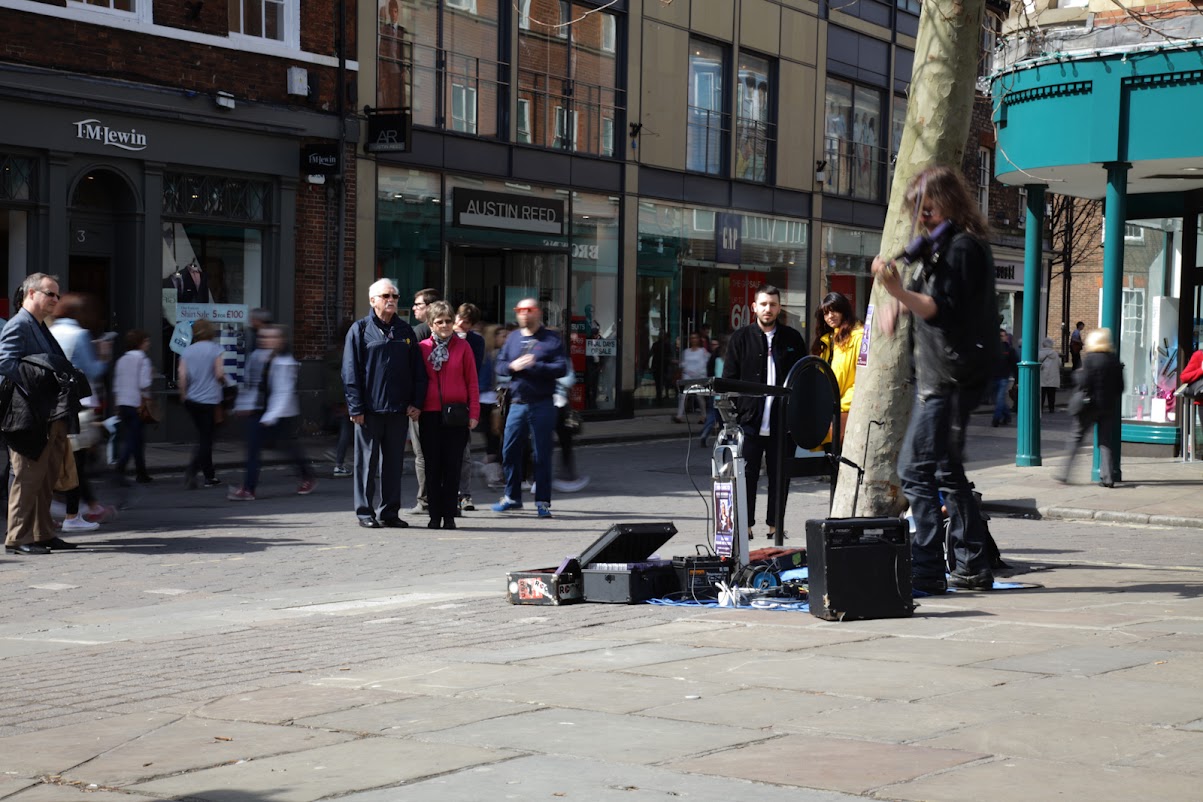 Thanks again to all of you attending and sharing with the rest of us your life experiences, visions for the future and hopes for a renewed meeting at the November graduation, be it 2013 or 2014! See you all there!