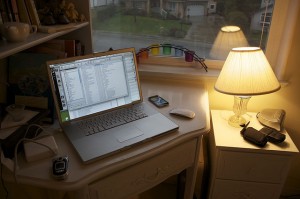 Recently, Yahoo and Best Buy, two companies that were pioneers in implementing flexible working practices announced that they were canceling the policies, forcing workers back to the cubicle. Best Buy called it Results Only Work Environment (ROWE), the idea being if a non-store employee get results, it doesn’t matter where or when they do the work. It had been in place for years until CEO Hubert Joly announced in February that he was ending the policy, saying it was “fundamentally flawed from a leadership standpoint.” At Yahoo, CEO Marissa Mayer said, “We need to be one Yahoo and that starts with physically being together.”

This dramatic about-face has triggered an intense debate, and while there are certainly arguments supporting these decisions, a casual look at opinions in established business publications on the web indicates that there are far more against it. Many criticize both companies for penalizing workers for an increasingly faulty business model. A flexible work scenario, they argue, is not the problem.

In a recent Forbes interview, management consultant David Heinemeier Hansson said, “Desperate times lead companies to desperate measures. It’s much easier to find a scapegoat, like ‘those slackers working from home!,’ than dealing with years of mismanagement…Yahoo and Best Buy’s problems are not caused by underperforming remote workers, they’re caused by a changing competitive landscape that they did not keep up with,”

Gary Peterson, also in Forbes, wrote of Best Buy: “Mr. Joly’s recent decision to end the practice appears to be a short-term treatment of a symptom rather than a long-term cure of the root problem.”

When Best Buy’s spokeperson asserted the policy was scrapped in favor of an “all-hands-on-deck approach [that] will lead to collaboration,” National Public Radio’s Steve Inskeep joked, “Anybody who works in a crowded office will understand this collaboration. You can do your online shopping, make restaurant reservations and deal with personal family problems over the phone, while getting advice from your co-workers in nearby cubicles.”

I find this debate especially interesting given my experience with Robert Kennedy College that offers the opportunity for what can be called a Results Only Learning Environment: you get out of it what you put into it. What do you think? Is a flexible, work-from-home scenario a liability or a benefit? Has your experience with remote study at RKC changed your thinking on the issue?